In a milestone for the record books, the Horizon Power Catamaran company announces the sale of the 50th PowerCat (PC) yacht during the 2021 Fort Lauderdale International Boat Show. The deal coincides with the company’s 10th Fort Lauderdale Boat Show anniversary and underscores the continued and rising popularity of the Horizon power catamaran builds.

The Horizon PC Series range starts with the entry-level PC52 and includes a PC60, PC65 and PC74 flagship. Offered in enclosed or open bridge configurations with multiple layout options, the power catamaran design is extremely popular among experienced yacht owners who appreciate the comfort, stability and interior volume that the twin hull design affords, as well as the shallow draft for cruising the idyllic cruising grounds of the Bahamas and Caribbean. 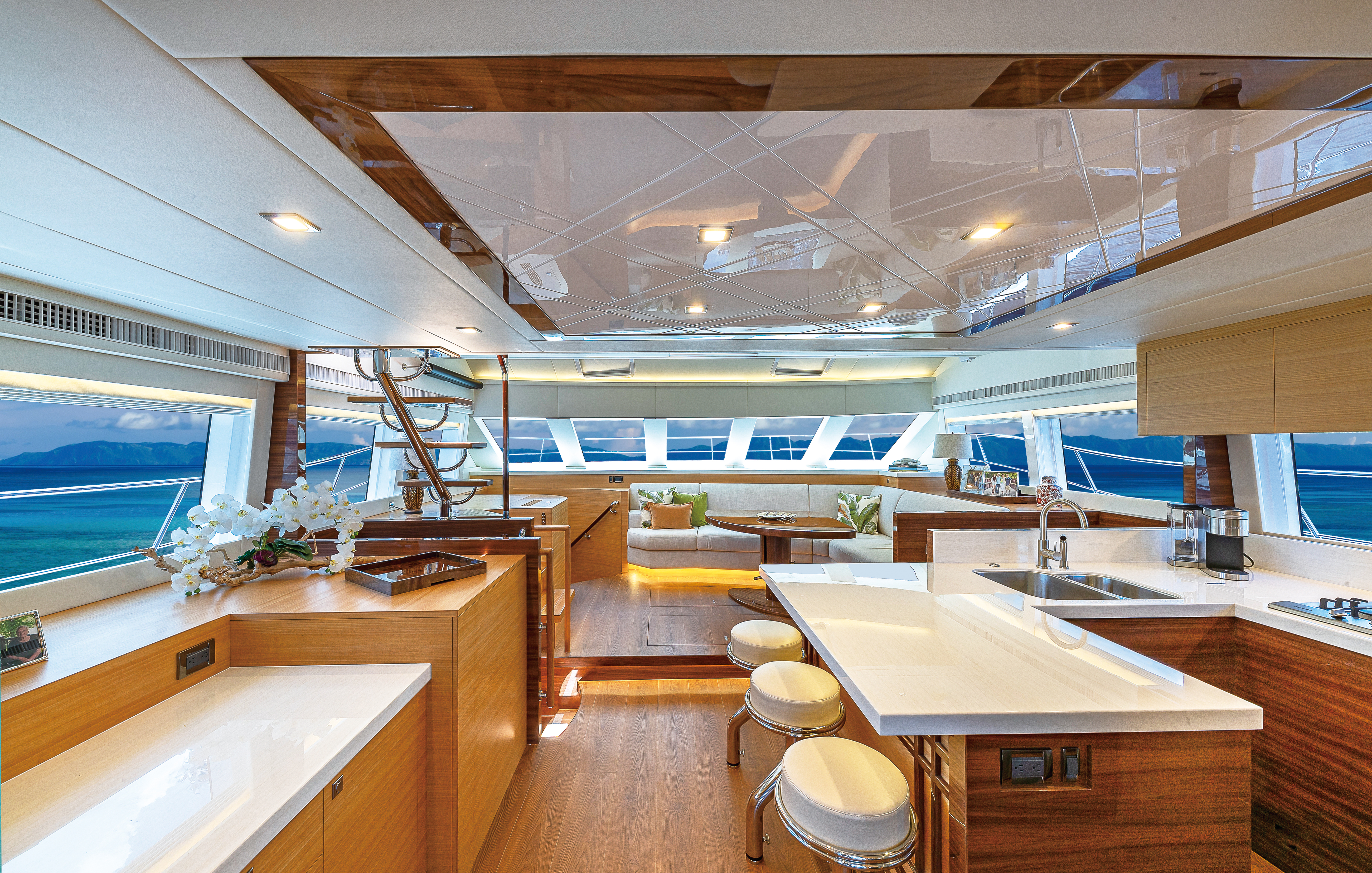 On display at the show itself were two brand-new PowerCats: a PC60 and a PC52. Featuring an open salon and an expanded flybridge deck that will be standard on all future PC60s, the PC60 on display was commissioned by experienced owners who transitioned from owning sportfishers to the catamaran design. Christened Mangata, which is the Swedish word to describe the moon’s reflection on the water, the yacht features two large staterooms in the portside hull and a spacious master suite occupying the entire starboard hull. The latest VEEM propellers add to the fuel efficiency and performance of this model, which the owners plan to cruise in Florida and The Bahamas. 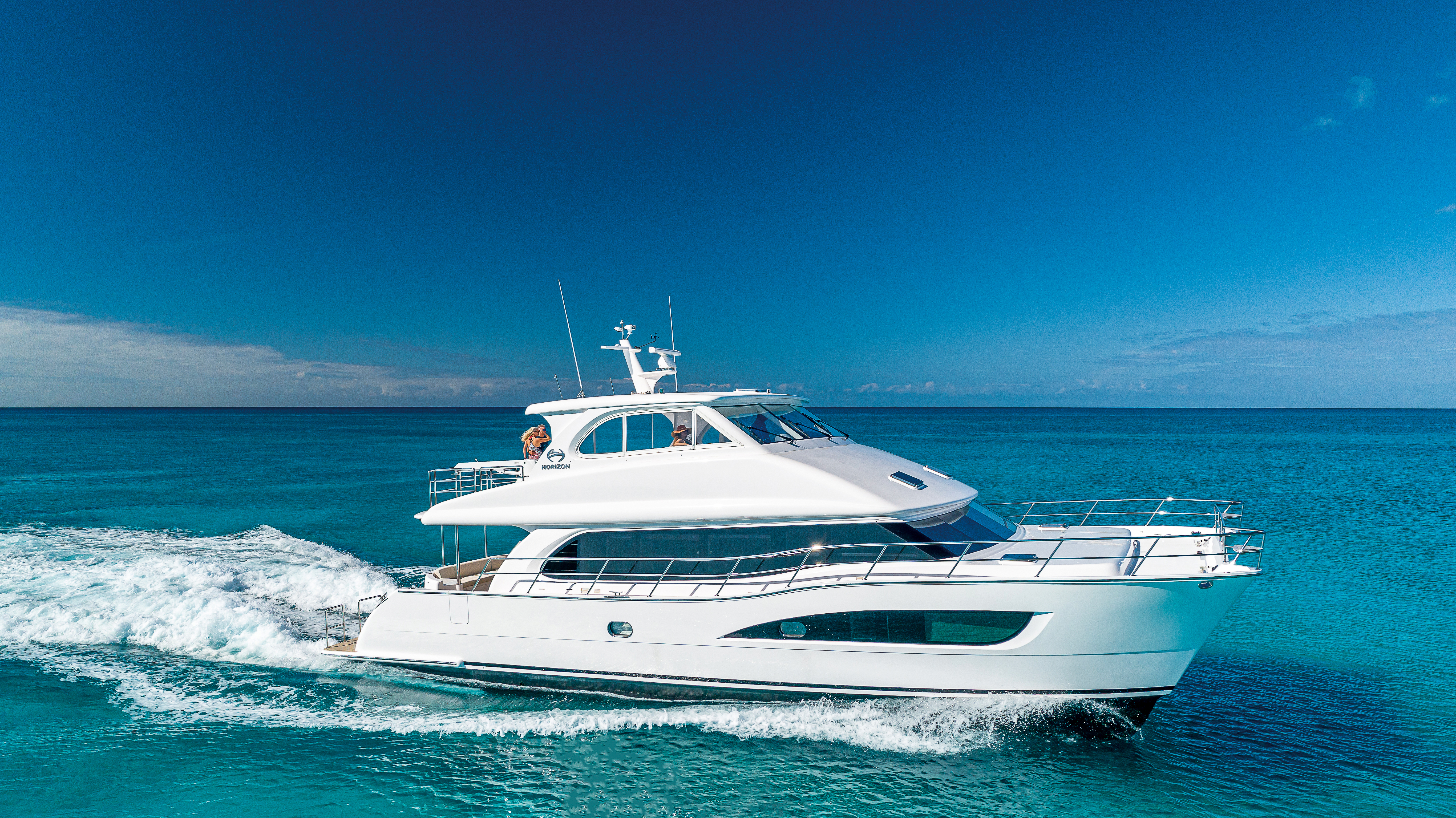 Soon after its launch, the newest Horizon PC52 was contracted just prior to the Fort Lauderdale Boat Show to owners who had cruised extensively aboard their single hulled and expedition yachts. They turned to the Horizon PC Series to facilitate their plans to cruise The Bahamas and selected the PC52 for its inviting and open layout with galley aft, salon forward configuration, open flybridge, and spacious guest quarters comprised of a master, queen and twin in the hulls.

The aforementioned PC52 sale was closed during the Fort Lauderdale Boat Show, while the contract for another new build PC60 was signed by repeat Horizon PowerCat owners.

“The latest PC60 sale not only marks the 50th new build power catamaran that we have sold in ten years, it reaffirms the market’s appreciation of the design detail, build quality and extended service that we provide to each client,” says Horizon Power Catamaran Company Founder and CEO Richard Ford.

Not only is each PowerCat delivered to its owner fully commissioned and spec’d with all tools, spares and specialized cleaning supplies an owner will need, Richard personally joins the owners at delivery for a shakedown cruise to provide hands-on training and demonstration of all of the yacht’s unique features and manages the warranty and service post-sale.

Back to News Page